Posted on May 9, 2011 by Whistling Woods International

Cinema – a word which is not just restricted to mere entertainment but an art of expression which conveys million emotions. It’s a myth that Indian Cinema is just about Bollywood, but there are films which are far beyond commercialization. A fact which is known to few that this industry is spread amongst 12 regions & is the Biggest in the World. 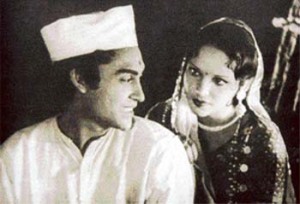 The trend of Short films, in India was first initiated by Hiralal Sen, starting with The Flower of Persia (1898), followed by first full-length motion picture in India which was produced by Dadasaheb Phalke, who is also known as ‘Father Of Indian Cinema’ , a scholar on India’s languages and culture, who brought together elements from Sanskrit epics to produce his Raja Harishchandra (1913).

‘Golden Age’ (1940 – 1960 ) in Indian Cinema was followed post India’s independence. Some of the most critically acclaimed Indian films of all time were produced during this period. During this period films based on Social Causes were directed by Guru Dutt, Bimal Roy, Mehboob Khan & V.Shantaram, under commercial Hindi cinema.
Indeed a history, well carved on a canvas called Cinema, which is of late being painted by many Bold colors used by Young directors, who have not just broken the old norms of Direction but have also taken Cinematic Experience to a different level with a fresh approach & distinct thinking!